TVM is the runtime environment for TRON smart contracts, and each node in the network maintains a TVM entity.The TRON protocol keeps the continuous, uninterrupted, and immutable operation of this state machine. At any given block in the chain, TRON has one and only one 'canonical' state, and the TVM is what defines the rules for computing a new valid state from block to block.

From Ledger To State Machine

The analogy of a 'distributed ledger' is often used to describe blockchains like Bitcoin, which enable a decentralized currency using fundamental tools of cryptography. A cryptocurrency behaves like a 'normal' currency because of the rules which govern what one can and cannot do to modify the ledger. For example, a Bitcoin address cannot spend more Bitcoin than it has previously received. These rules underpin all transactions on Bitcoin.

While TRON has its own native cryptocurrency TRX that follows almost exactly the same intuitive rules, it also enables a much more powerful function: smart contracts. For this more complex feature, instead of a simple distributed ledger, TRON is a distributed state machine. TRON's state is a large data structure which holds not only all accounts information, but a machine state, which can change from block to block according to a pre-defined set of rules, and which can execute arbitrary machine code.

The TVM behaves as a mathematical function would: Given an input, it produces a deterministic output. It therefore is quite helpful to more formally describe TRON as having a state transition function:

In the TRON network, the state is an enormous data structure called Merkle Trie, which keeps all accounts linked by hashes and reducible to a single root hash stored on the blockchain.

Contract creation results in the creation of a new contract account containing compiled smart contract bytecode. Whenever another account makes a message call to that contract, it executes its bytecode in TVM.

The EVM executes as a stack machine with a depth of 1024 items. Each item is a 256-bit word, which was chosen for the ease of use with 256-bit cryptography (such as Keccak-256 hashes or secp256k1 signatures).

The below flowchart shows how TVM works: 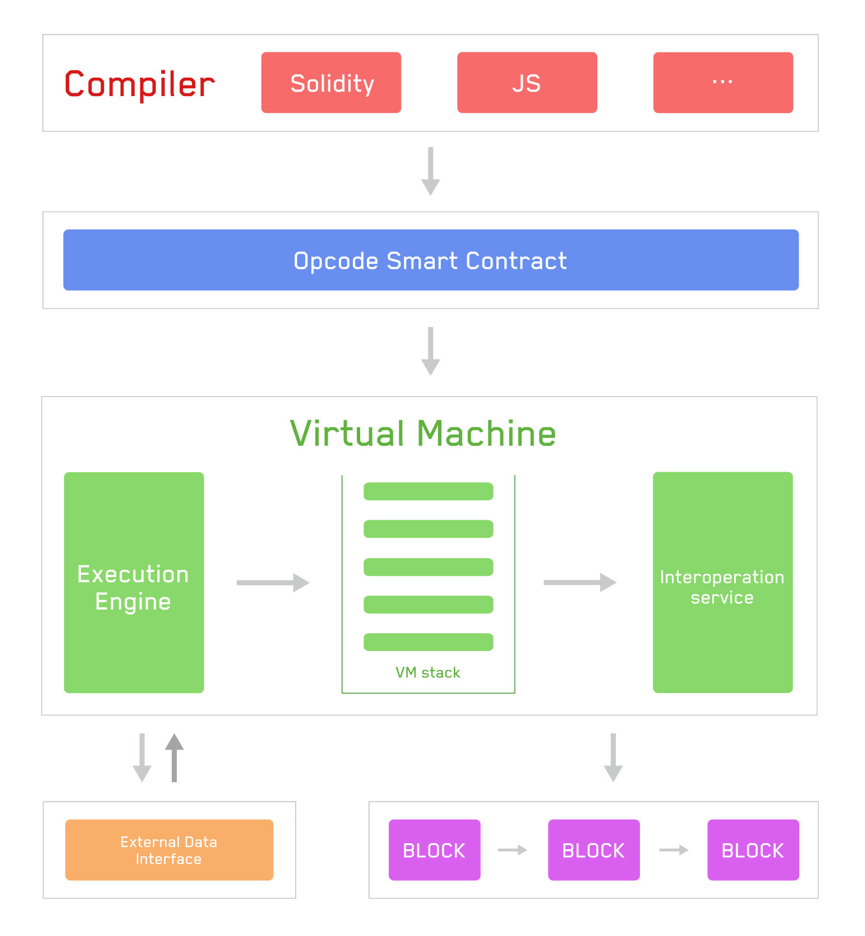 The flow is as follows：

TVM is basically compatible with EVM with some differences in details

Compatible solutions are currently under discussion, if you are interested, please move to the GitHub ISSUE to participate in the discussion.

Updated about 2 months ago