When consume_user_resource_percent (% ratio user pays) = 100, the caller pays the entire cost of the operation. The caller needs to meet:

to successfully call the contract. Otherwise, OUT_OF_ENERGY is reported.

When 0 =< consume_user_resource_percent < 100, this indicates the operation cost is paid proportionally by the developer and the caller. If the developer has enough energy, the caller needs to meet: 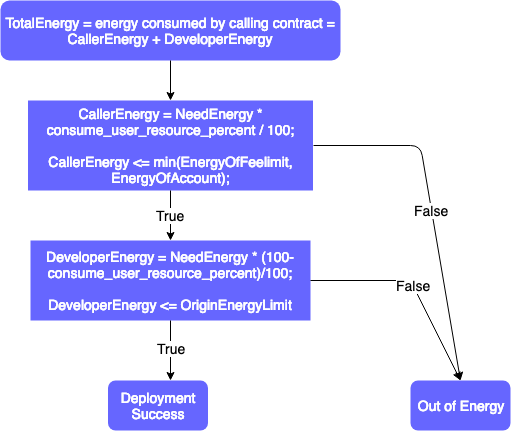 If the developer has insufficient energy, the remaining energy consumption is provided by the caller and does not consume the developer's TRX. That is, the caller needs to satisfy: 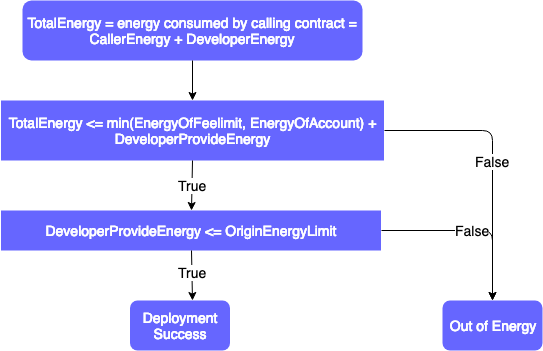 When executing the contract method, OUT_OF_ENERGY can view details according to the interface. Call the /walletsolidity/gettransactionInfoByID interface and convert the returned resMessage field from hex to a string.

Out of Energy Solution

The parameter getTransactionInfoById queries transaction information containing the result of a contract call or contract creation.

The parameter "fee_limit" is passed in the process of deploying the contract and calling the contract. The TRX amount corresponds to Energy consumed in this execution.